Female techpreneur, Anie Akpe, shares how to succeed in business 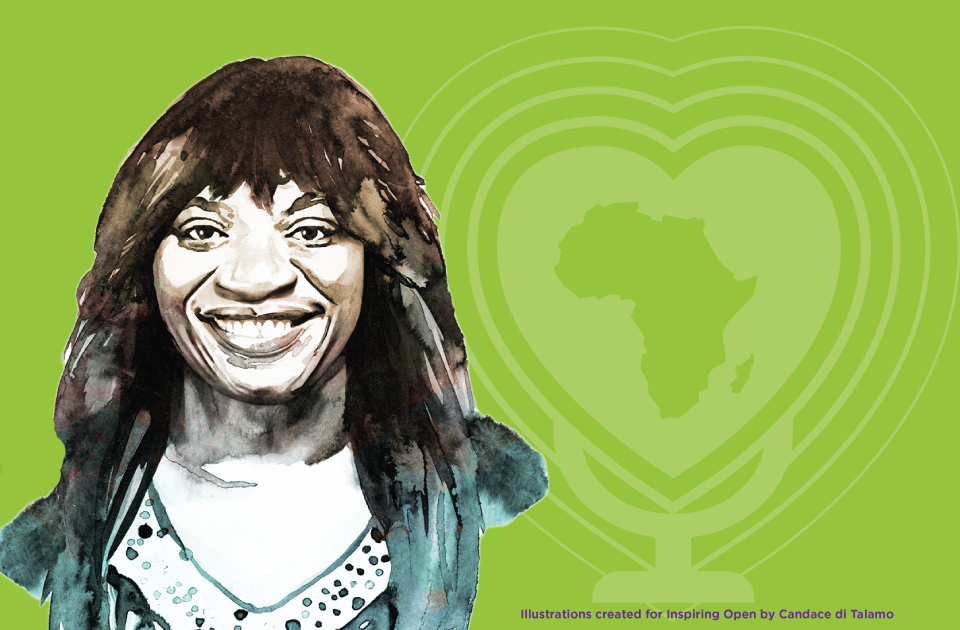 Female techpreneur, Anie Akpe, shares how to succeed in business

“A lot of times when we don’t see ourselves progressing, we don’t offer anything“

When it comes to the number of African women working in technology, the number has failed to budge. Tech and business entrepreneur Anie Akpe is on a quest to tip the scale. She speaks to Inspiring Open’s Betty Kankam-Boadu about her journey and how being open to receiving and giving in equal measure is the way to make progress.

Anie Akpe and her family moved to the United States from Nigeria when she was twelve. Some of her fondest memories about her country as a young girl are running to the riverside and picking fruits along the way with other children.

As the daughter of immigrants, the concept of hard work was not lost on her, “When I look at my parents and the things that I became, I also see my siblings in them as well, in terms of the hard work driven, focused type of mentality.” She says.

It is this hard work and the knack to identify opportunities that have driven Anie to where she is today – a business professional in the banking industry in the areas of real estate, mortgage finance, and loss mitigation and the founder of IBOM LLC and African Women in Tech.

Anie started her business for the same reason many entrepreneurs do – to solve a problem that impacted her firsthand.

At networking events, she would get a lot of questions about how to succeed in business but little to none about technology.

She then saw an opportunity to make a change by teaching women about business and, in particular, how to leverage technology to make their businesses better.

“The only time anyone had ever asked me about technology, during those times, is if they were wondering what they could use to automate certain things, but not really thinking of actually creating their own,” she says.

“So I said, you know, let’s focus on technology because, without technology, you can’t have efficiency no matter what type of business you are. And if it’s even better for you, why not create the technology?”

For almost a decade, Anie, under IBOM LLC has worked with small to medium scale business owners who yearn to advance their careers in tech and entrepreneurship by hosting tech and educational events.

While the tech industry in Africa is bourgeoning, there’s still more to be done when it comes to women’s participation.

Globally, careers in science, technology, engineering, and mathematics (STEM) are still dominated by men. Women only hold about a quarter of tech jobs. The situation is even grimmer for women in Africa, making Anie’s mission even more urgent. On the continent, only 30% of women work in the tech industry.

Even the few women in the industry still need to be pushed harder to leave their comfort zones according to Anie.

“So I’d say 80% of the women that are in tech are like, “Please, I’m just trying to do my job and get paid. Leave me alone.” So, we have to actually push them forward.”

So far, Anie and her team have been to Ghana, Nigeria, Kenya, Uganda, and Mozambique hosting AWIT events and expanding the space for women to receive mentorship.

A lot of the women who have received support from AWIT have gone on to be data analysts, started their own NGOs, and forge their own paths. Some have been featured in Forbes.

Despite the call for Africa’s youth to embrace entrepreneurship on a continent where unemployment figures are highest, the start-up failure rate averages 54% according to statista.com.

Like many successful entrepreneurs, the road to success has not been smooth for Anie. Her passion to see women win is what has kept her going.

For a lot of people, being an entrepreneur means freedom from a stifling 9 to 5 job and being your own boss. Anie says it is not as simple as that.

The other thing is when you work the nine to five, and most people are saying to you, I can’t wait to quit, the rat race doesn’t do this, it doesn’t do that. No,  the nine to five is really your stepping stone. Your nine to five should be the place where you gather as much information as you can if you want to be successful in your business. Whether it’s how not to do things, or whether it’s a structure and you have all the books and all the information that you need, you learn, you have the opportunity to learn and grow. Take the opportunity to learn and grow, it’ll only make your business that much more successful.” Anie says.

Aside from being a thriving entrepreneur, Anie is also very successful in the banking and the mortgage industry, a space she stumbled upon when she wanted to be a homeowner.  She started in this field as a novice but was willing to make use of every opportunity thrown at her, even when it did not pay.

She however says “if you know that you’re going to do something for free, choose to do it with an organisation that gives you a return, right? So my return with the mortgage broker was that he gave me that opportunity and that ability to learn and gave me access to everything. So I had access to things that I probably would not have had, if someone would have paid me, because then they would have expected a certain type of expectation. But because it was free, then I was open with what I had to learn.

I think that if you’re willing, most things are usually open. But you also have to be clear about what you want as well, because I knew that I wanted to be in this industry.”

To be successful in business whether it’s entrepreneurship or any other industry you find yourself in, Anie recommends that you be open.

“Being open to learning. Being open to creating opportunities. Being open to being a person that could be a subject matter expert that other people rely on at your company. A lot of times when we don’t see ourselves progressing, we don’t offer anything … being open allows you that ability to shift your perspective. Because in order for you to accept it, you first have to accept the fact that you are allowing things to happen because it has an end goal. And that end goal is where you wanted to land in the first place. So why not create that opportunity for yourself by being open?”

Listen on these platforms

Inspiring Open is a podcast series from Wiki Loves Woman – a project of Wiki in Africa. It is available across multiple platforms under a free licence (CC BY SA). The series is free to access and free to share, redistribute, reuse, and remix.

Inspiring Open was funded through the International Relief Fund for Organisations in Culture and Education 2021, an initiative of the German Federal Foreign Office, the Goethe-Institut and other partners. And an annual grant from the Wikimedia Foundation.